In 2016 I gave a small talk in Dublin, Ireland about the subj, here are the slides and below you can find a more or less human-readable version of the slides above.

This is the most ancient and used method - you render your scene in a special rendering mode with either D3D11_QUERY_OCCLUSION or GL_ARB_occlusion_query and after a few frames it will return you the amount of pixels pixel shader was invoked for.

They are good because:

They are bad because:

This technique uses software rasterization to render occluders to the downscaled depth buffer and test occludees against it. Everything is done on the CPU.

The most recent paper on this is from Intel.

It is good because:

It is bad because:

There’s not much to say about it except that it is almost the same as software OC. The only difference is that instead of rasterizing occluders it reads the depth buffer from the GPU, downscales and reprojects it and tests occludees against it.

GPU readback has high frame latency, so in order for this to work the depth buffer values must be unprojected using the previous frame matrices and projected back using the current frame matrices - this step is called reprojection.

The main caveat is that reprojection usually leaves big gaps in case of fast camera movements and various holes. 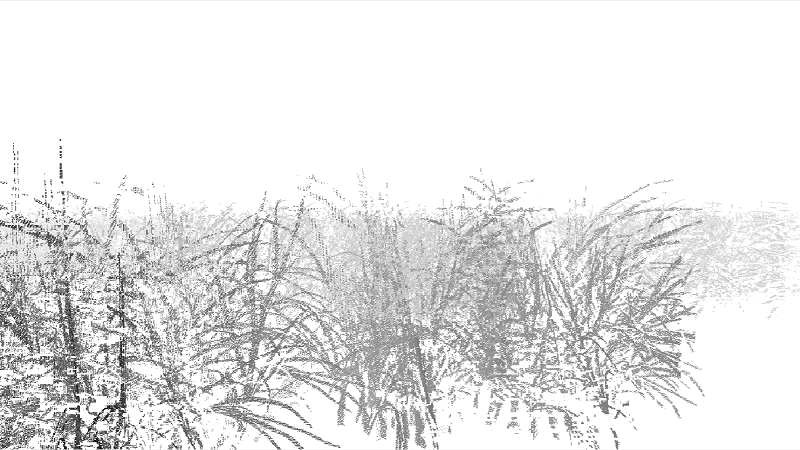 In order to fix them a simple dilation filter is applied, though it does not fix the gaps on the screen edges (note the gap on the right). 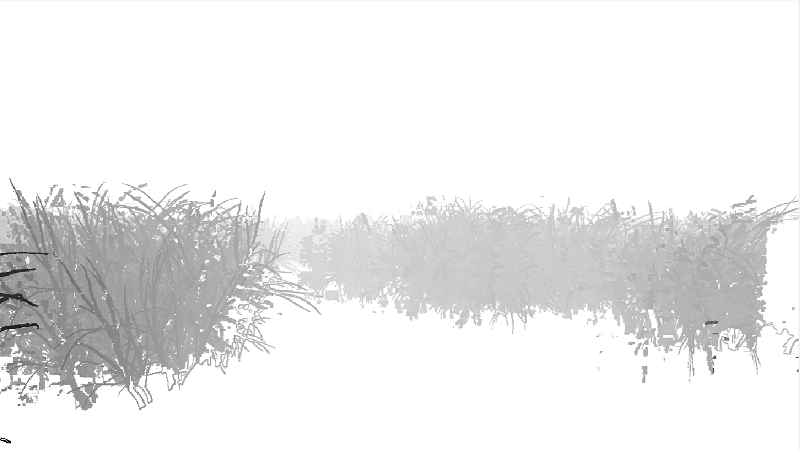 It is good because:

It is bad because:

Here’s a small comparison table for methods mentioned above.

The main idea is to render occludees as points (with bounding box data as attributes) and:

The general idea is to implement software OC using the GPU for rasterization and testing, huh.

This technique was pioneered by NVidia

It works this way: 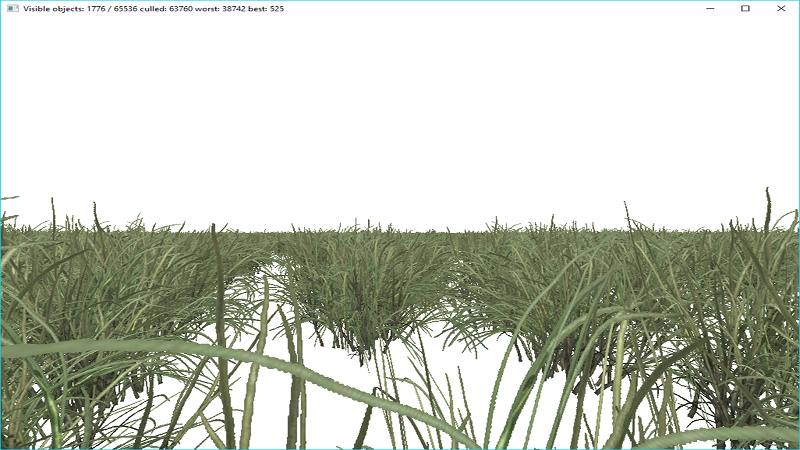 Use case: forest rendering in Life is Feudal

Here is the worst case when everything is visible and nothing is culled: 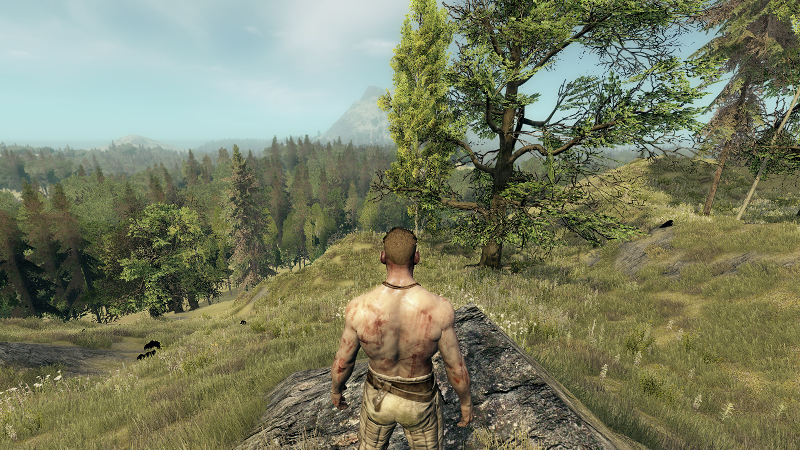 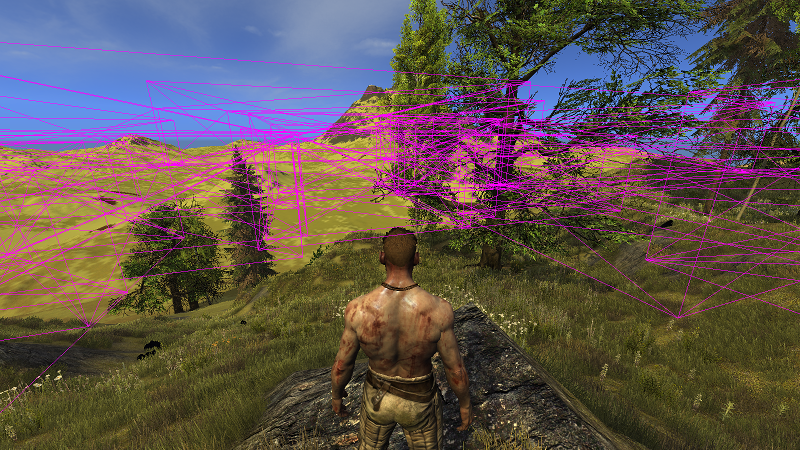 Here is the best case when only a small fraction is visible: 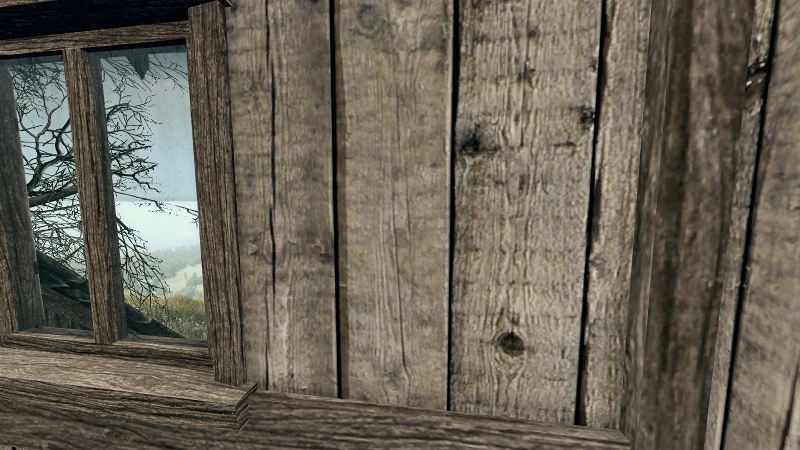 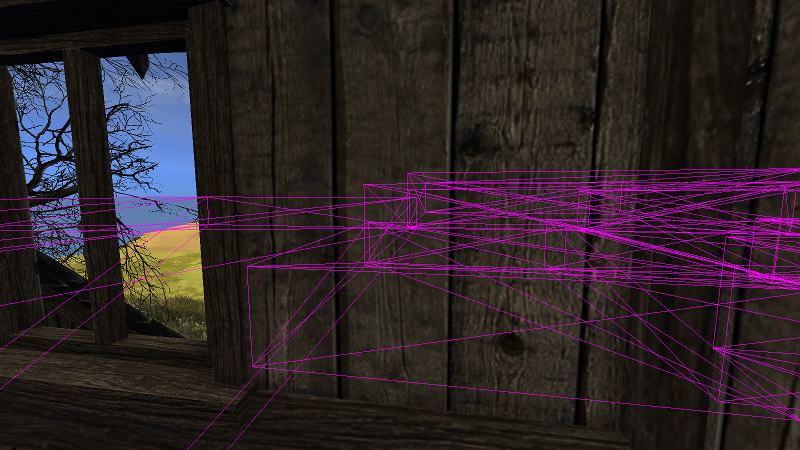 And here is what was actually rendered with occlusion culling on and off: 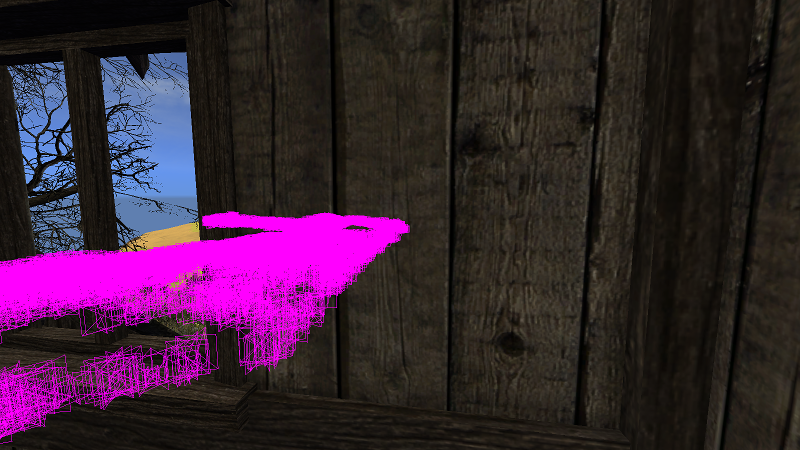 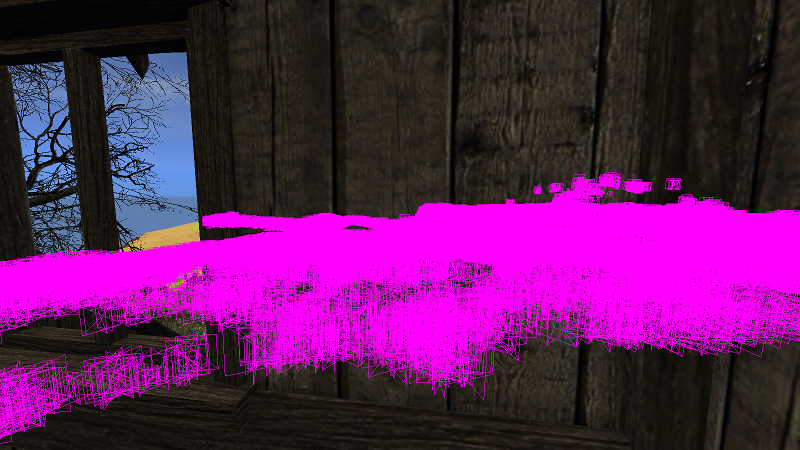 Use case: static object rendering in Life is Feudal

Here is a small diagram that shows all the relations between objects/shapes/IDs: 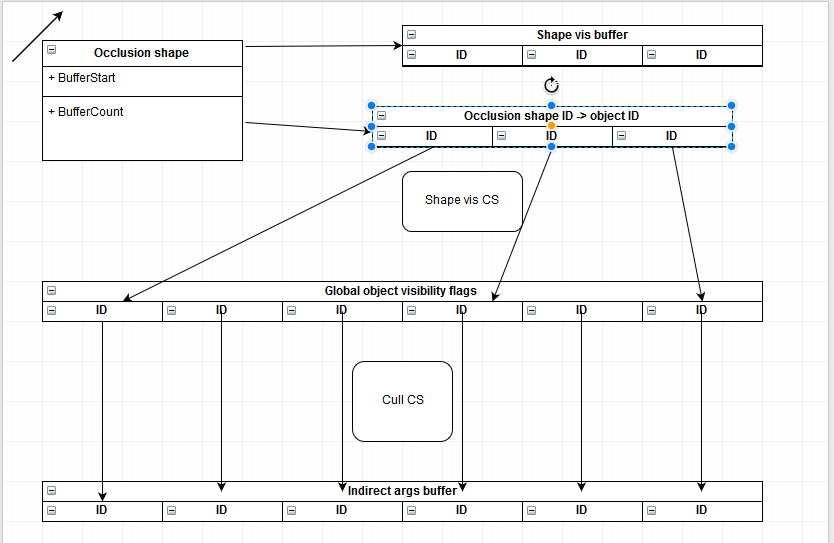 It is a very good idea to have big occlusion shapes that cover lots of objects. In LiF game our ingame objects are modular and made from smaller parts, so it is vital for us to cover as much as we can with a single shape. 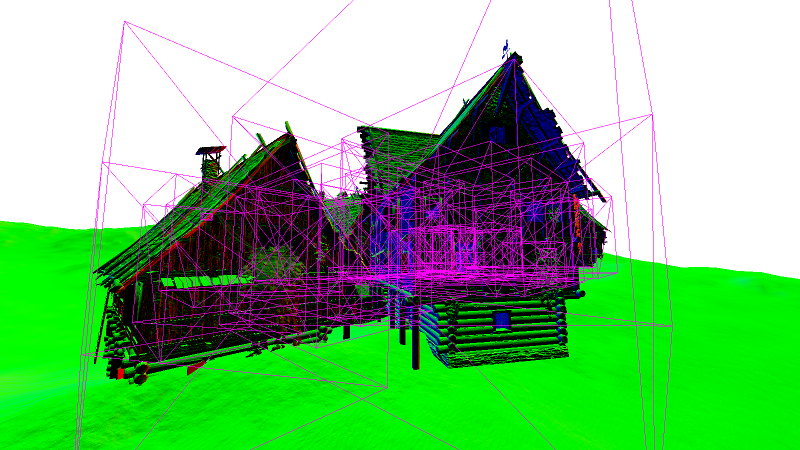 And here’s the mess we’ve had on early implementation stages - due to the overdraw it gave us a negative performance impact! 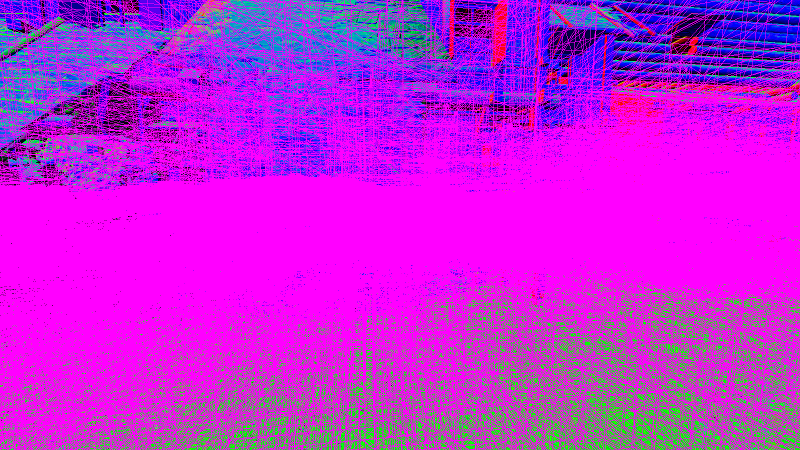 Our occlusion shape management code allowed us to introduce a nice optimization we call box merging. 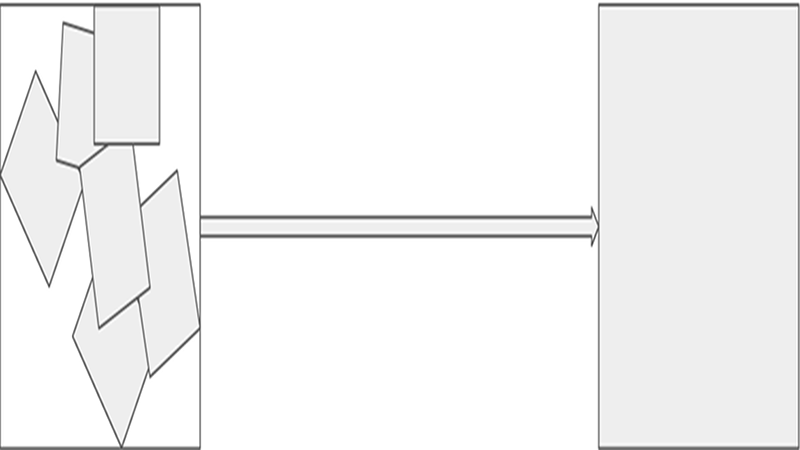 And here’s how it looks in practice: 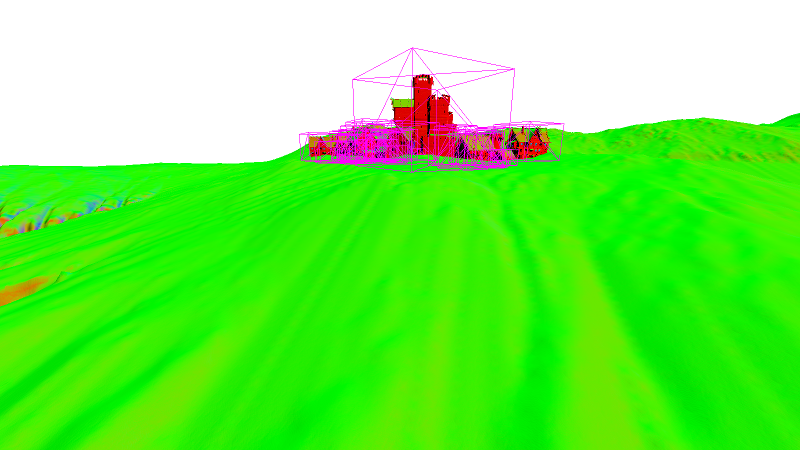 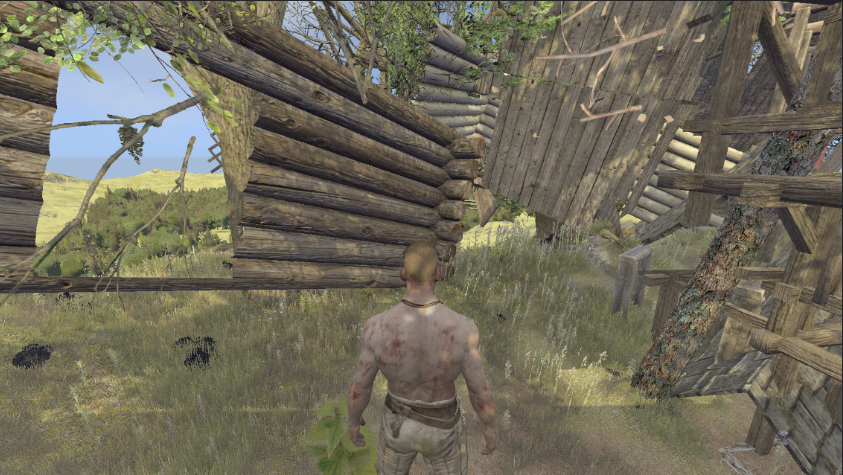